Report of Spitfire Crash at Lount 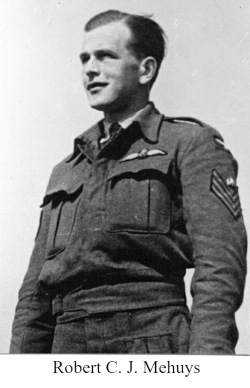 Risking exploding bullets, an old couple pulled an injured airman from his blazing plane in a wood at Lount a mining village near Ashby-de-la-Zouch, Leics. yesterday. The couple - Mr. William Spare 67, and Mrs. Spare, who is over 60 risked their lives because they have a son in the RAF.

"That fact urged us on", they told The Daily Mirror. They had seen the plane collide with another in mid-air and burst into flames. Both planes, which were piloted by Belgians, crashed. Mr. and Mrs. Spare ran from their cottage into the wood, where they found one of the planes. A tall tree had cut through it and the pilot was leaning out of the cockpit, unable to move.

Frank Griffin, another villager, joined Mr. and Mrs. Spare. Luckily the wind was blowing the flames away from the cockpit, and the three people were able to lift the pilot clear. They put him on a blanket in a nearby field. Soon afterwards he was taken to hospital and Ashby fire brigade put out the blaze. The pilot of the other plane took to his parachute, which came away from him. He was found dead.

The police stated that several machine-guns, part of the equipment of the planes are missing, despite a search of the woods and fields. They warned the public that it is a serious offence for anyone to keep any part of a warplane, and appealed to finders to take their "souvenirs" to a police station.

The Constabulary report of the incident, states that the surviving airman was Sgt. Pilot Robert Cantille Jesone Mehuys (service number 1424826), operating from Montford Bridge Aerodrome, near Shrewsbury. It was reported that the dead airman’s parachute had caught fire.

Mehuys served with RAF 350 (Belgian) Squadron and was awarded the Croix des Evadés (The Escapees Cross). This medal was awarded to patriotic Belgians who escaped the occupied territories and proved their patriotism by serving abroad in the armed forces of another country or in the resistance against the enemy. Robert Mehuys went on to Marry Rosemary Joan Garrett of Princes Mary's RAF Nursing Service at Kilsmerdom in November 1944 (Shepton Mallet Journal, 03.11.1944)

Compiled by: Terry Ward member of the Coleorton Heritage Group.

The Heritage Group would appreciate any memories or information on any "souvenirs" that readers might have from this incident.