Spitfire Crash at Lount - a Sequel

Readers may recall our article in the July issue of the Community Voice describing a tragic accident during the Second World War on October 3rd 1943 in which two spitfires collided in mid-air over Lount. William Spare, his wife and other villagers, rescued one pilot, Flight Sgt. Robert Mehuys a Belgian national, from his crashed aircraft but the pilot of the other spitfire was killed when he unsuccessfully attempted to parachute from his stricken aircraft and his parachute caught fire. Subsequently a number of readers contacted the Coleorton Heritage Group with information and memories of this tragedy.

Contemporary reports record that some of the machine guns with which the aircraft were equipped had gone missing and were assumed to have been taken by souvenir hunters (a serious offence). The police made an unsuccessful appeal for their return. Paul Spare, the grandson of William Spare above, told us through his friend David Garner, that in about 1956 as a school boy playing in the woods he had actually found one of the machine guns under the trees together with its ammunition belt. His father handed the gun in to Ashby Police Station. It may be that it had been left there near the road for later collection by souvenir hunters or it may be just as likely that it had fallen from one of the aircraft following the collision. Paul's grandparents received a letter of appreciation from the Under-Secretary of State at the Air Ministry and a telegram from Hubert Pierlot, the Belgian Minister for National Defence thanking them for their rescue of Robert Mehuys. Paul tells us that his grandfather worked as a watchman at the old Lount pipe works where Roll-Royce was storing engine parts. 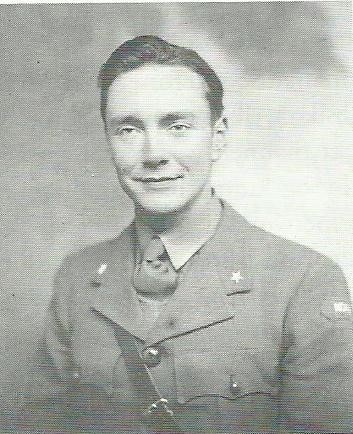 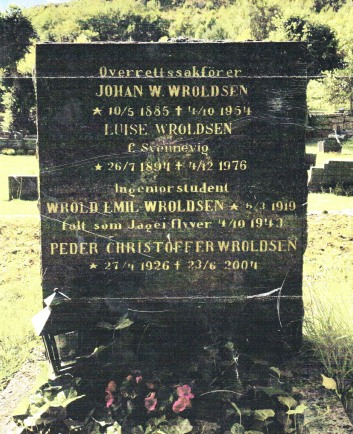 Mr. A. Lord (Tony) also contacted us to say that, as a child, he and his parents saw the other unfortunate airman fall to his death from their garden in Workhouse Lane (now Moor Lane) and remarked on how upset they all were by the sight. Tony’s parents were Wilf and Miriam Lord and the family lived in the former Bauble Shop known at that time as "The Nest". Tony is a former member of the RAF and together with his colleague, Bryan Panter, has researched the identity of the pilot killed in the parachute jump. They have discovered he was Sgt. Wrold Emil Wroldsen, a Norwegian national and a trainee pilot operating from 61 Operational Training Unit at RAF Rednal, Shropshire. He believes both pilots were carrying out joint training manoeuvres at the time of the crash.

Wrold was born in Tvedestrand, Norway on 06.03.1919, one of four brothers to Johan and Louise Wroldsen. He commenced his initial pilot training with other expatriates at the Royal Norwegian Air Force training camp in Southern Ontario, Canada, (known as "Little Norway") before arriving in England for further training. Following his tragic death his remains were cremated at Southwark Crematorium and eventually repatriated to his hometown for burial in the local cemetery in a family plot. His headstone records that he started his career as a student engineer and that his father was an "overrettissakfürer" (translates as supreme court attorney). He is also commemorated in his hometown by having a street named after him.

Finally, although we know that the spitfire piloted by Robert Mehuys landed near Lount Pottery, the location where the second spitfire crashed is not known. If any readers have any information on this or any other aspect of the incident please contact the author Terry Ward on 01530 835701 or Sandra Dillon on 01530 440000 or contact enquiries@coleortonheritage.org.uk.