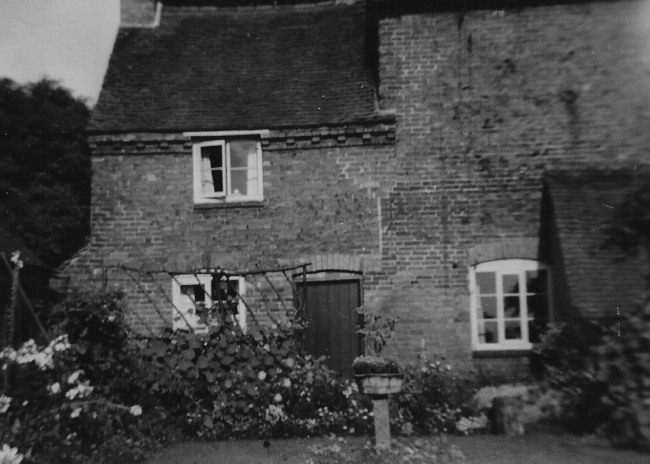 Properties go through various stages as their owner's lives and aspirations change as well as economics and social norms. In Coleorton the two Methodist Chapels on Lower Moor Road and the Baptist Chapel on the Rowlands have been remodelled and repurposed as family homes; Coleorton Hall, which used to be a grand country house, became the National Coal Board’s regional offices and is now private apartments; many small shops and inns have closed business and become residential; homes now are often expanded to include a "home office" to accommodate work-at-home life-styles. Just walking down the road we can see the rebuilding and remodelling that our neighbours are continually doing.

This is the story of one Coleorton property's life.

The Sycamores lies on the south side of Prestons Lane, roughly halfway along the length of the lane and opposite a footpath known as "rope walk". The Sycamores was named in the early 1960s when Mr Webster was selling the house and related that "The Sycamores was a catchy name and might seem more attractive to a buyer".

The original house was built around the mid-1700s. "1767" is carved into a beam above one fireplace - in local style of brick and timber construction possibly using some beams from a previous 16th century building.

It's now a modern and comfortable family home, but it has seen many changes in use and style over the centuries.

Many beer bottles were discovered in the garden during renovations and it was certainly an inn - or beer house - for a while. It's thought to be the original, or at least on the site of, the Packhorse Inn.

Early on the inn / cottage was owned by William and Ann Gough, later by members of the Price family and then back to John Gough and his wife and subsequent family members. (Quarter Session records have a list of public houses in Coleorton and show various Goughs in residence up to 1851, but also Jacob Webster as licensee in 1827. Later in 1850s the cottage was known as "Ned Gough's Cottage". By then Ned was an agricultural labourer, so it looks like the cottage had ceased to be an inn, although many people had two or more occupations to make ends meet back in those days. (Things don’t really change do they?)

We know nothing more until 1940s when Benjamin and Elsie Grew lived there. Benjamin was a cobbler and used the kitchen as his workshop. Elsie Grew worked at the Palitoy (Casselloids) factory in Coalville and met King George VI and Queen Elizabeth on their visit there after the war. Elsie & Benjamin's grand-daughter remembers spending summers at the cottage and playing in the orchard. No inside lavatory then, but soon a bathroom & loo were built on to the kitchen extension.

In November 1962 the Sycamores was sold to Arthur Luff, who updated and extended the small cottage and he and his family lived there until the Burrell family bought it in November 1986. It is understood that Mr Luff was an engineer and in the 1980s was working in aeronautics as in 1986 the new owners discovered the outline of a plane laid out on the second floor. 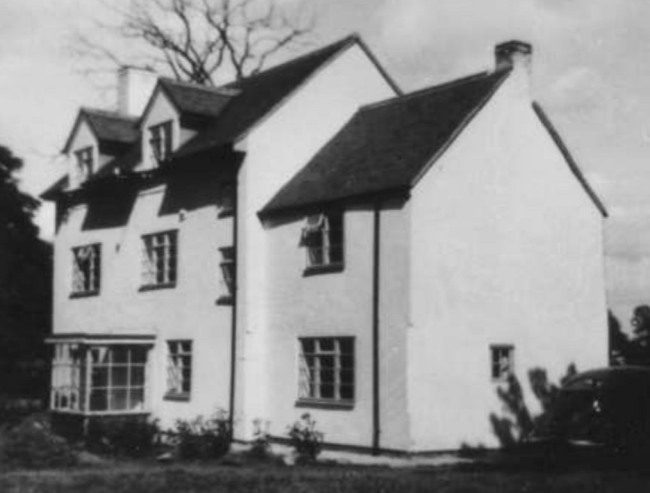 The house was extended to the front, rear and side although in many respects it maintains a similar shape to that of the pre-1964 building with a porch of very much the same design. The well, not believed to be functioning, was filled in and is now beneath the new kitchen floor. Garages were added on the south end to accommodate the family’s cars which are now no longer the subject of attack from the local rabbit population.

Here is a photo of the house in the snows of 2011 -- fit for 21st century comfortable family living. Will it still look the same in another 100 years? 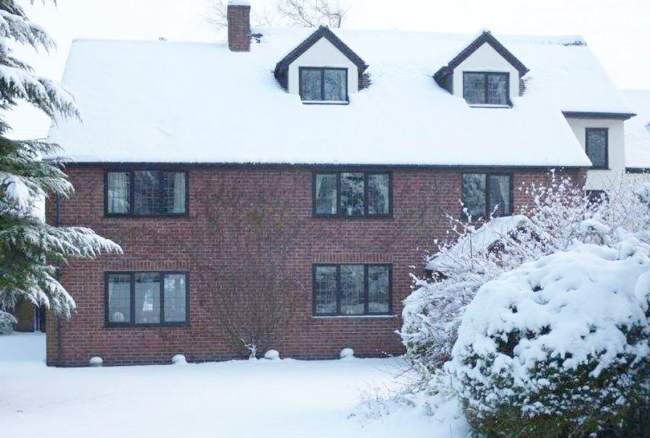 We've been in contact with Tony Edge who spent holidays with relatives (Horsfield and Yates families} in Coleorton and Peggs Green. Among his photos is one of Vera and Anne Horsfield in front of The Sycamores in 1936 and a photo of the house. 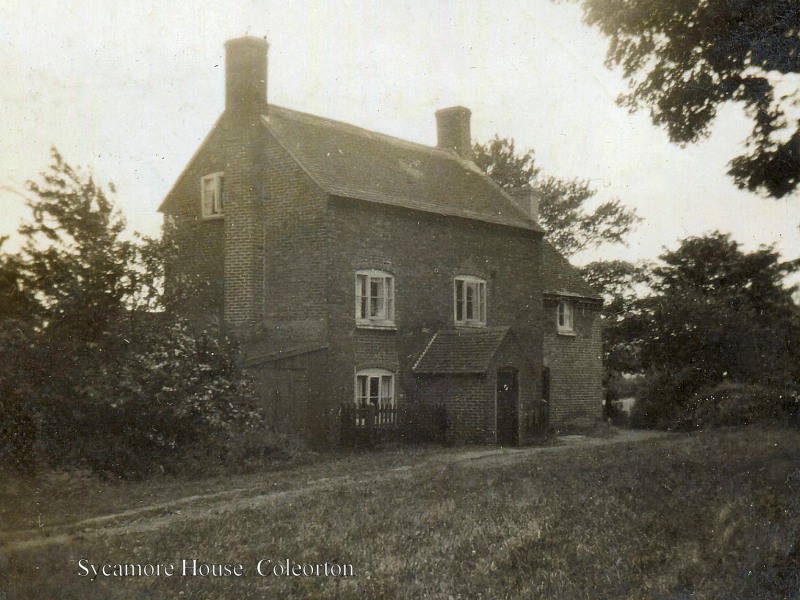 The Sycamores 1936
Photo from Tony Edge 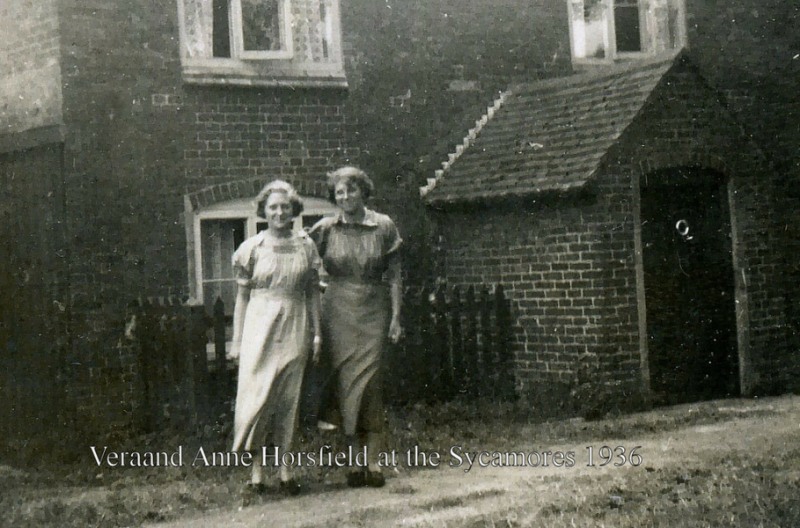