If you go down to the Wood today….

… you’ll see green trees, wild flowers, grassy rides, all manner of wild-life and hear birds singing. But 30 years ago it was quite a different story.

Coleorton has always been associated with coal mining – hence its name! Local people have been digging up coal in various ways since the middle ages. The Beaumont family made its wealth through exploitation of coal under their estates. A drawing of the original Coleorton School in the early 1800s shows typical conical slag-heaps in the background.

Coleorton was well placed to provide the energy and raw material needs of the industrial revolution and many pits of increasing size and technological innovation were sunk in the area. One such was Coleorton No 3 colliery sunk in 1875 by the Checklands Company. Located off The Moor and only a mile or so from the new Viscount Beaumont School and St John’s Chapel, the "Bug & Wink" as it was commonly called became a major industrial site employing over 600 men with its own branch line and wagons connecting to the Leicester to Burton railway line.

In time, however, the coal was worked out and in 1933 the mine ceased production. The site was still utilised and a "drift" installed to provide ventilation for the New Lount mine until that too closed in 1968. In 1975 the mine shafts were sealed and buildings demolished and the area was used as rough pasture land.

Then in 1987 The Countryside Commission decided that England would be much improved by increasing the number of trees. Over many centuries our natural forest cover had been raided to build ships for war and commerce, for firewood, to build homes for the increasing population and for space to accommodate expanding industry. But with the demise of coal mining a lot of land was, quite frankly, a mess and unusable for agriculture. The benefits of woodlands to the well-being and mental health of the population was beginning to be realised and a "National Forest" was proposed.

Leicester County Council supported the proposal to locate the National Forest in the Midlands covering 200 square miles from the ancient forests of Charnwood in the east to Staffordshire in the west to create new woodlands that could be used for leisure and nature reserves and also to plant smaller groups of trees in towns and villages.

The campaign was supported by the Leicester Mercury who created "Woody Tree" as the figure-head for fundraising activities such as the Great Green Run on 5th May 1991 (anyone remember this or participated?). The Royal Mail decided to support the development of Coleorton Wood on the old Bug & Wink site. Staff members were encouraged to dedicate a tree in their or their family’s name and received a certificate. Steve Clare, Royal Mail Wood co-ordinator, kept donors up-to-date with progress through a "Royal Mail Wood Bulletin".

Donations were not only from local people. We received an email from a gentleman in Wiltshire who found a dedication certificate amongst the papers of his uncle (an RAF pilot during WW2). He writes:

"The crew of a WW2 RAF Lancaster kept in touch, and one ended up working for the Royal Mail. Staff were offered the chance to 'buy' trees in a newly established wood at Coleorton and have them dedicated to whomever they wished.

"With a donation from the widow of one of the crew, a number of trees were planted and dedicated. One tree to my uncle Robert 'Bob' Cowdrey (from Devizes), two to Duncan and Geraldine Young of Bathhurst, Canada (the deceased crew member and his surviving wife) and seven to the seven crew members."

So we have people from all over the country and the world to thank for our lovely wood.

Some 12,000 trees of various species were planted. The Royal Mail Wood to the south west of the colliery is where the pit-ponies were grazed. 450 English Oaks were planted there, along with a number of Larches to protect the young, slower-growing Oaks. Some of the larches were felled and sold for timber, but various storms inc Storm Dennis earlier this year did for a good number of them. The Oaks are standing strong!

Coleorton Wood is located at the end of Pitt Lane off The Moor, Coleorton, with the car park open from 8am - 8pm until end of September and 8.30am till 4pm during the winter months.

Compiled by: Sandra Dillon and Terry Ward, of the Coleorton Heritage Group.
August 2020 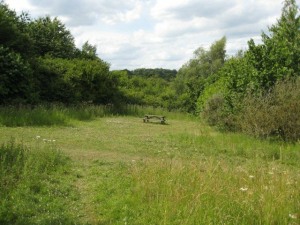 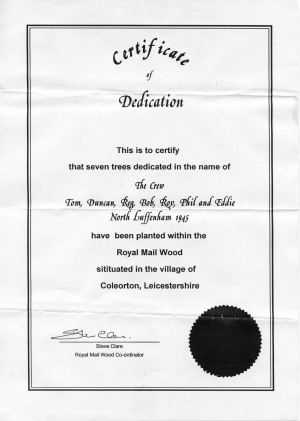 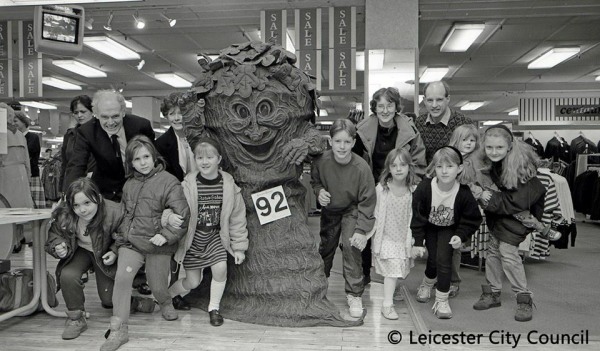